Do we love Disney for it’s live action remakes? 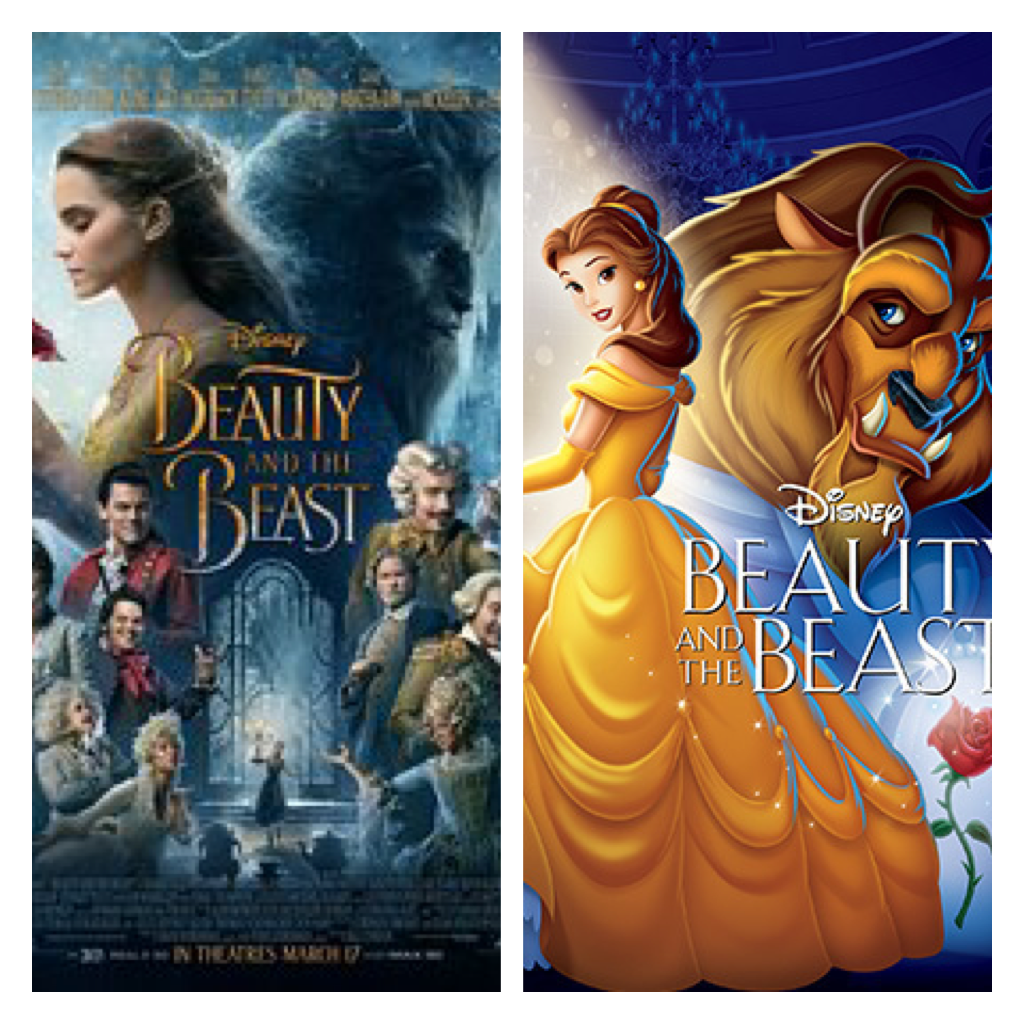 Do we love Disney for it’s live action remakes?

Do we love Disney for it’s live action remakes? Is a question I have been toying with. They started off small (in my opinion) with Alice in Wonderland (2010) (although I would argue 101 Dalmations was their original live action) and now have everyone waiting with bated breath for Beauty and the Beast which is set to hit cinema’s this month.

Am I excited for it? I’m honestly not sure. I enjoyed the live action Cinderella and although I wasn’t one hundred percent sold on the casting (or changing Cinderella’s final dress), Cate Blanchett ,I do feel, made a fantastic wicked step mother! However with Beauty and the Beast I am extremely unsure of what to expect from the film. In the trailers Emma Watson’s portrayle is looking to be quite different to the Belle that we know and love however I am trying to remain open minded as to what they have in store for us.

It does though continue to beg the question are we ready for all of the live action remakes?

What we love and always have loved about the princesses (and Disney in general) is that they are magical, atherial and I am sure many of you would agree we would still love Aladdin or Flynn Ryder to turn up at our door and rescue us…no…just me? Okay. However in 2013 something exciting happened, Disney created two sisters. Sisters that were so fierce they didn’t require men to rescue them, who consistantly portrayed themselves as independent and headstrong and I think two characters who maybe the most popular characters of all time. Was this a sign of a changing Disney?

Emma Watson, who will be portraying Belle, is a well known and vocal womans rights speaker and campaigner. Someone who pushes for female equality and in the media appears as an exceptionally head-strong, intelligent actress. Could this have influenced her being cast as Belle? Are Disney offering us, in this ever changing climate where diversity and equality are pushing to be at the helm of every campaign, an actress who will represent the changing Disney Princess? There is a definite element of reimagining that is happening with Disney and I wonder where it is going to go with the next fifteen (oh yes fifteen) live action remakes that will be happening.

I love the magic of the animation and the beauty that they have created through these. Part of me will struggle to see them brought to life. You do loose something when you do this – you loose an element of magic but are we gaining something so much bigger and better, a new style of princess and character that will encompass modern day and modern day perceptions much more than the animated films ever did.

I am all about the original Disney magic but I can’t help feeling there maybe more to this than meets the eye but to keep everyone on their toes here are the list of the next fifteen live action remakes proposed by Disney let me know what you think! .

15. The Lion King (Unless you have real lions and you have a singing Warthog I’m just not that interested)

14. Mulan – Now this I am excited for, a diverse cast (fingers crossed), an underrated movie that is all about defying the rules, girl power and standing up for what you believe – pass me the popcorn.

13. Aladdin – Disney have promised diversity in casting for this film which I hope they stick to – I think everyone is looking forward to seeing the live action rendition of “Whole new world”

11.Maleficent 2 – This should be a good watch. Angelina Jolie was magnificent in the first one so we shall see what they have in store for us!

10. Marry Poppins Returns – Emily Blunt – sensational casting. I love Mary Poppins and this is a follow on as opposed to a remake where we join Michael and Jane Banks as adults with their children. Although is it really going to be the same with out Dick Van Dykes accent. That is for you to decide.

9. Snow White – She is probably my least favourite princess (if I had to have one) so I can’t say I will extremely excited for this one – just please Disney don’t cast Kristen Stewart!

8.Rose Red – an alternate Grimm Brothers story about the sister of Snow white. I have no direct background about this film so I look forward to what it has in store !

6.Peter Pan – This could be quite an interesting one as when I was little for years I only thought there was a live action version. We didn’t have the Disney version we have the musical version staring Mary Martin as Peter Pan (if you have never seen it defintely watch it). There was also the 2003 Live action version and then of course the ever loved “Hook” so how they take this on could make for an interesting watch! Also rumour has it there will be a live action Tink too with Reese Witherspoon tipped to play Tink (I LOVE REESE WITHERSPOON and FYI her real names Laura #justsayin)

5.Cruella – Oh yes she is getting her own movie. Guess who is rumoured to be up for the title role? Go on guess? You’ll never get it! Only EMMA STONE! I love her and believe in her as an actress so if this is true I can’t wait to see what she does!

4. Dumbo – Erm…I can only imagine a lot of CGI will be in use here. It is being directed by Tim Burton so I can imagine will take on quite a dark angle and may star Jonny Depp and Helen Boham -Carter. I mean they are not tipped to star in it but…

3.Winnie the Pooh – Now don’t expect a giant CGI bear and his piglet friends to go off on an adventure together. This film is said to be along the lines of “Hook” where we meet a grown up Christopher Robin who has to help his bear friend to save all of his other friends who are in trouble.

2.Oliver and Company – Unfortunately for all of you cat lovers out there they aren’t making a live action version of this film. However they are making a live – musical version of Oliver! TV ready this will be along the same lines of Grease live and Hairspray!

1.James and the Giant peach – It will always be hard to top Matilda so lets see what they can do here!